Tashkent International Conference on Afghanistan became the starting point in the process of launching the inter-Afghan peace process
The long-awaited intra-Afghan negotiations on the establishment of peace and stability in Afghanistan started in Qatar. The meeting of the IRA government delegation with the Taliban in Doha has already been called "A historic opportunity for peace in Afghanistan".

Uzbekistan - Japan: traditional friendship and mutually beneficial cooperation
Despite the coronavirus pandemic continuing to change the international landscape, there is a strengthening of multifaceted cooperation in relations between Uzbekistan and Japan, which meets the strategic interests of the two countries.

The essence and significance of strategic cooperation of Uzbekistan and Turkey
In the past three years proactive, open and pragmatic foreign policy of Uzbekistan, based on the principles of mutual respect and consideration of interests of partner states, has significantly contributed to the deepening and expanding mutually beneficial and multifaceted cooperation with countries of the near and far abroad, and international organizations.

New Political Dynamism in Central Asia: Security Issues and Prospects for Regional Cooperation
The article examines the issues of regional security and prospects of cooperation between the countries of Central Asia in the context of a new world order. As factors of sustainable development and security, the author considers the following issues...

Uzbekistan – Germany: a wide range of cooperation
The official visit of the President Shavkat Mirziyoyev to Germany in January 2019 can be considered as one of the key foreign policy events of this year in terms of further enhancement of Uzbekistan’s multifaceted relations on the international area.

Interview of Dr. Batir TURSUNOV, Acting Director of the ISRS under the President of the Republic of Uzbekistan to the newspaper “Xalq Suzi”
Without any overstatement, for the first time since the 1990s today a new paradigm of interstate relations is being formed in Central Asia. The countries of the region confirmed their readiness to build a new system of relations... 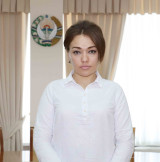 Uzbekistan - Germany: experience, cooperation and development prospects
On the eve of the official visit of the President Shavkat Mirziyoyev to the Federal Republic of Germany (FRG), the Deputy Head of the Center for International Relations of the Institute for Strategic and Regional Studies under the President of the Republic of Uzbekistan Sanjar Valiyev gave an interview:

Korea-Asia: opportunities for development
First of all, I would like to note that one of the main results of the "New Northern Policy" of President Moon Jae-in is undoubtedly the inter-Korean summit held in April of this year and adoption of the Panmunjeom Declaration following its results.

The Korea Times: Central Asia in international transport corridors system: Uzbekistan's approach
Taking into account the importance and urgency of the development of Central Asia as a coherent whole region, the from the first days of the presidency focused his attention on the implementation of proactive regional policies, the creation of a favorable political atmosphere in Central Asia...

Exclusive interview. Turn mutual borders into boundaries of lasting peace and friendship
In June of this year, the 18th summit of the Shanghai Cooperation Organization was held in the Chinese city of Qingdao. Experts call it historical and even epochal, including due to the adoption of a number of significant initiatives.

PROSPECTS FOR THE DEVELOPMENT OF PRIORITY AREAS OF UZBEK-INDIAN COOPERATION
Nowadays Uzbekistan and India express mutual interest in bringing bilateral cooperation to a higher level, showing their commitment to the historical traditions of friendly relations. Evidently, this is proved by the recent high-level official negotiations, during which a number of agreements were signed between two countries.

The International Significance of the UN Resolution On Strengthening Cooperation in Central Asia
Initially, the adoption of such kind of the document was initiated by President Shavkat Mirziyoyev at the 72nd session of the UN General Assembly in September 2017. In his speech in New York concerning the organization of the International Conference on Central Asia in Samarkand in November 2017, the Head of the Republic of Uzbekistan proposed to develop a UN resolution after the conference in order to support the Central Asian countries’ efforts to ensure security and strengthen cooperation in the region.

Taking the U.S.-Uzbekistan Relationship to the Next Level: Mirziyoyev's Historic Visit
President Shavkat Mirziyoyev’s visit to Washington was historic, being the first official visit of an Uzbek president since 2002. Mirziyoyev’s reception, and the breadth and width of agreements signed, constitute an acknowledgement of the reform process in Uzbekistan, as well as of the country’s newfound regional role and in particular its constructive ... Vladimir Norov: Cooperation in Central Asia is intensified with new power
Between The States of Central Asia new dynamics are being observed in the development of regional relationships, positively affecting the development of the entire transport and communication industry. however, the countries still have to agree on common approaches to the effective use of the region's potential Vladimir Norov...

The new "Great Charter" of Uzbekistan
The first in the history of Uzbekistan, the Address of the head of state to people's representatives was a strategic guide for further positive changes in the country, was supported by all state and public institutions. President of the Republic of Uzbekistan has also received congratulatory letters from the heads of state, government and parliaments of foreign countries, prominent statesmen and public figures. Committed to the development of mutually beneficial relations with all foreign partners, Uzbekistan concentrates its main foreign policy efforts on the most important areas identified in the Strategy of Actions for five priority areas of development of the Republic of Uzbekistan in 2017-2021. 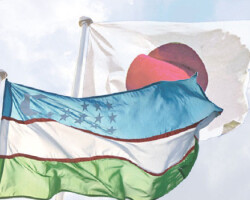 Despite the coronavirus pandemic continuing to change the international landscape, there is a strengthening of multifaceted cooperation in relations between Uzbekistan and Japan, which meets the strategic interests of the two countries.